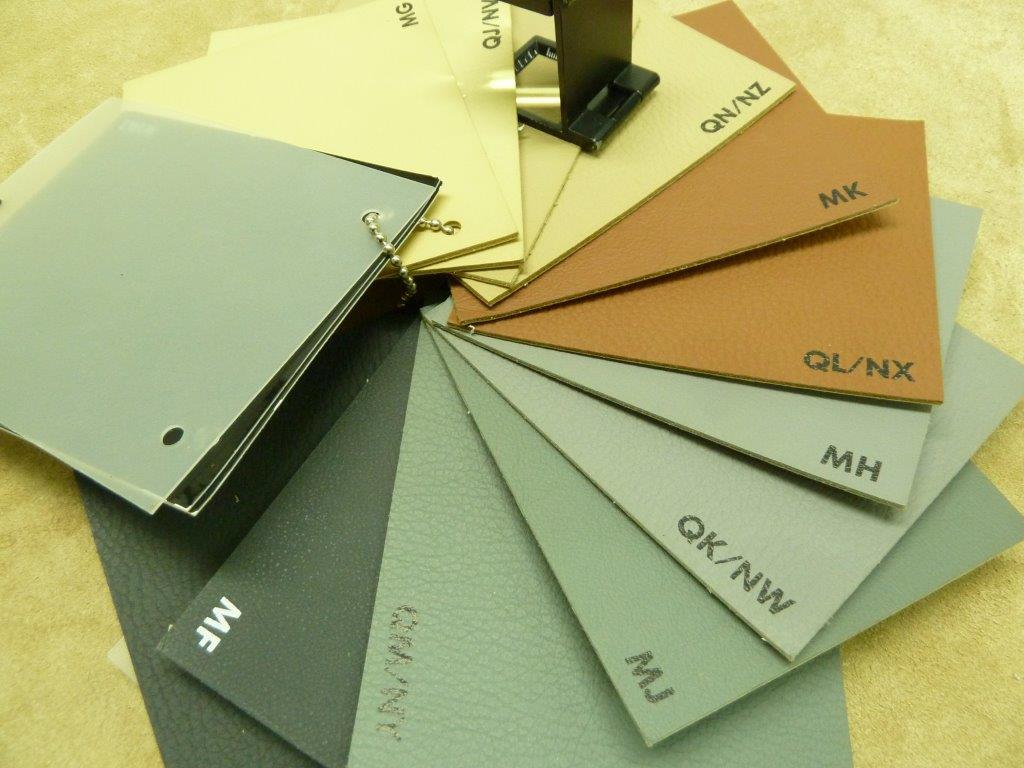 HVL Class Leather® is based on the leather that was supplied at the time by factories of which there is no longer any original leather factory today, for the upholstery of interiors of all well-known major car brands where quality was paramount.

Due to specialisation in Ferrari, HVL is in possession of the official factory information of which leather manufacturer supplied separate leather for each chassis number. This leads to the conclusion that a standard classic Ferrari leather does not exist!

Of the 100% leather supplied for the manufacture of classic Ferrari interiors since 1947 until 2001:

To understand originality it is necessary to know the actual history. HVL Class Leather® is based entirely on the authentic old historic Connolly leather quality which was created in 1878 and whose production ended in its original form in 1997.

With the fortune inherited from the death in 1877 of father John, the two youngest sons of the family started a leather business in 1878 under the name Connolly Bros (Curriers) Ltd. which changed completely in 1906 with the death of John Joseph.

Connolly brother Samuel Fredrick was looking for investors so that on July 15, 1907 a shareholder company was started up under the official name J. Paxton Ltd. while keeping the old name Connolly Bros. on samples and documents.

Due to growing Connolly shares in the company, on December 27, 1989 the name J. Paxton Ltd. was officially changed to Connolly Leather Ltd. which finally ended in 2002 due to disastrous changes in production policy in the year 1997.

Already in the early 80’s HVL came into contact with Mr. David Connolly as manager of a “flight safety equipment and upholstery department” within the aviation industry.

In that period prices of classic cars were low and there was little investment in classic cars. The Connolly factory had already developed a modern VAT dyed leather in 1978 as a replacement of the original. Then in 1984 Connolly stopped the production of the old classic Vaumol leather altogether.

Old archives seemed to have no value at that time, which turned out to be when a car brand like Lamborghini destroyed its archives.

The question put to HVL by the BeNeLux Connolly head dealer in 1989 after the proposal to appoint HVL as a sub-dealer and accepted by HVL was a consequence on the science of what could happen to old archives.

Mr David Connolly gave a positive answer to the question concerning the possible acquisition by HVL of the old archives that had become superfluous for Connolly.

The takeover began in 1990 when no one realised what its historic value would ever be, and continued until David Connolly died in 1996. The pictures show only a tiny part of the entire archive.

To everyone’s regret, in 1997, under the leadership of the young Connolly generation of directors but lacking the conviction of the old directors, the factory decided to change the production process in order to make it more profitable.

The tanning process is changed and the purchase of high quality sheets from Scandinavian countries makes way for cheap sheets from Russia, the Czech Republic, South Africa and Brazil of which Connolly skins have been manufactured since 1997.

Skins were offered as authentic, but due to disappointing quality and financial disorder within the company, to everyone’s regret the factory had to officially close down in June 2002.

During and after the official closure of “Connolly Leather Ltd. in 2002 HVL took over all the old classic skins, old brochures, factory promotional photos from 1950 and 1951, bronze factory stamps, books and many other relics.

The acquisition of the only existing, extensively documented, confidential official archives ever by the old Connolly Bros Ltd., J. Paxton Ltd. and Connolly Leather Ltd. used until 1997, plus 6500 leather samples and hundreds of official old Connolly stock hides implies that HVL is to date the only company in the world able to produce the authentic leather quality of yesteryear from the year 2003 onwards, for which authentic periodical evidence is readily available, guaranteeing that no discernible difference between old and new production of classic car leather is possible.

Following the closure by the young generation in April 2018 of a second leather company trading under the name JJ Wiliamson & sons (Canterbury) Ltd. former co-director and family member Anthony Hussey decides in December 2018 to publish in an issue of the magazine Classic and Sports that the real Connolly had already stopped in 2002.

Not a single tanning company was interested in investing in the development of the same type of old classic car leathers after the business close down in June 2002 of the genuine Connolly Leather Ltd. factory. The market was too small and there was more interest in a cheaper tanning procedure and production of low budget vinyl coated leathers. Cheap sourced skins are used. coating is used to conceal failures and hallmarks. A grain roller creates a monotone surface and leather smells and feels like vinyl.

When coating shrinks or hides stretch, the failures will resurface on these places, because normal texture changed at these spots.

Most companies don’t want to spend time on doing research. Over the years many leather manufacturers and providers stepped into the labyrinth of quality, texture, color and finish differences used in the old days. Many got confused and some even mixed colors and leather ID codes, creating a chaos of unknown qualities, colors and finishings. Some companies even start using old brandnames, but that doesn’t mean that the product quality is the same.

Below are some examples of old original leather samples, compared to the new ones. Notice the leather ID code is identical, but the leather is completely different.

This website uses cookies to improve your experience while you navigate through the website. Out of these cookies, the cookies that are categorized as necessary are stored on your browser as they are essential for the working of basic functionalities of the website. We also use third-party cookies that help us analyze and understand how you use this website. These cookies will be stored in your browser only with your consent. You also have the option to opt-out of these cookies. But opting out of some of these cookies may have an effect on your browsing experience.
Necessary Always Enabled
Necessary cookies are absolutely essential for the website to function properly. This category only includes cookies that ensures basic functionalities and security features of the website. These cookies do not store any personal information.
Non-necessary
Any cookies that may not be particularly necessary for the website to function and is used specifically to collect user personal data via analytics, ads, other embedded contents are termed as non-necessary cookies. It is mandatory to procure user consent prior to running these cookies on your website.
SAVE & ACCEPT